Stay up to date with all of the latest news with SZapp!

I am currently in Lake Cargellico at the Western Region Principal's Meeting. Networking is extremley valueable and I thank Beck Cooper for leading in my absence.

On Monday 21 June your child's report will be sent home. This is the last time parents will receive a paper copy of the report. All schools in Catholic Educaiton Canberra Goulburn are using the platform Compass, which you would have read about in previous newsletters. This platform will push out student reports in Semester 2. As well, it will offer a platform to book parent teacher interviews. Further communication will come through the newsletter.

There will be no comments on student's reports this Semester, as previously reported in the newsletter. As a result of this, parent teacher interviews are particularly important. Classroom teachers are making every effort to meet with you to discuss next steps in your child's learning. Please support your child's learning by meeting with teachers. The waiting room for the interviews are

K-Year 2 parents please wait in the Kinder class space at the end of the classroom. Please enter at the stairs at the far entrance to the classrooom.

A master sheet of times will be displayed in the waiting room, please keep to your time.

If you would like to pop passed my office on the way in or the way out, you are very welcome.

The presentation aims to enable parents to better support their children in self managing their digital safety and well being. I encourage all parents to join us. See flyer at the end of the newsletter.

A number of weeks ago we offered a training session for parishoners to support us in the Reinforced Reading Program. We have been lucky enough to have Geoff Orchison and Nettie Donnelly join TEAM TRINITY. Both Geoff and Nettie have been reading with students on a regular basis and both have commented on how much they enjoy the program, and how much improvement they have seen with this program in such as short space of time. If you are a parent, parishoner, grandparent or community member who would like to join TEAM TRINITY. please contact me caz.perryman@cg.catholic.edu.au and we will have you trained up in no time.

You may have heard your children talking about Squiz Kids. Squiz Kids is a media POD cast that engages primary school students in current affairs and critical media literacy. At Trinity we do like to be on the cutting edge of education and of course we are. Trinity will be a pilot school for the extension of Squiz Kids next term. The producer of the program Amanda Bower has approached our school, after Penny Lucas engaged in evaluating the program and fedback wonderings and possibilities and work will begin with year three to six next term. The program is curriculum driven, student centred and has high student engagement. At today's Open House special guest from Squiz Kids Bryce Corbett attended and spoke to the children about the reason why he created Squiz Kids.

We continue to keep the Albert and Johnson families in our prayers as they continue to re-build. Please join us for our "It all started with a Lemonade Stand Day" on Tuesday 21 June.

Peace be with you.

Staff and students will be highlighting Refugee Week throughout next week in their class lessons.

The link below outlines the Official Timeline of Events across Australia.

Next Thursday, Mr Niddrie and students will lead our school community in prayer at a whole school mass to celebrate Refugee Week. We warmly invite our Trinity family to come along and share in prayer and reflection. Mass will be held at St. Mary’s Church at 12:50pm.

St Mary’s was the first Catholic School built in Murrumburrah in 1877 until a rise in population saw the introduction of St Columba’s in 1917. Due to a decline in town population, the two schools merged in 1980 to form Trinity Catholic School which has continued to flourish and uphold the motto –

It is through the support of the local community, the numerous priests and religious sisters who worked tirelessly for the children of Harden and Murrumburrah, dedicated teaching staff and parents that Catholic Education has survived and prospered for 144 years.

The Church bell was erected in 1879 at a cost of £126, on a wooden frame at the south-east end of the church. The bell was purchased from Murphy & Sons, Dublin, for £90, freight to Sydney cost £7, train and cartage £4 and the cost of Knox to erect the structure and hang the bell was £21.

Around the top of the bell is embossed ‘CHURCH OF OUR LADY OF MERCY MURRUMBURRAH’. On the body is a Celtic harp surmounted by a coronet and underneath two shamrocks. Around the base ‘MURPHY & SONS DUBLIN’.

In K/1/2, the students have been learning about stories and important people from the Old Testament such as Abraham, Sarah, Moses, Esau, Jacob, Isaac and Rebecca. Year 2 have been investigating the relationships that these people had with God and how they placed a huge amount of trust in His promises.

I like Abraham the most because he was the father of many nations like the Canaanites, Israelites and the Levites. Timmy

Sarah is my favourite because she was laughing when Abraham said we can have a baby even though we’re really old. Dakota

Abraham is my favourite because he helped Sarah have lots of babies. Jack

I really like the story of Moses because he was really brave as a baby and then grew up to free all of the slaves. Lana

I like Moses’ mum because she trusted in God to keep Moses hidden for 3 months before she had to send him down the River Nile. Ivy 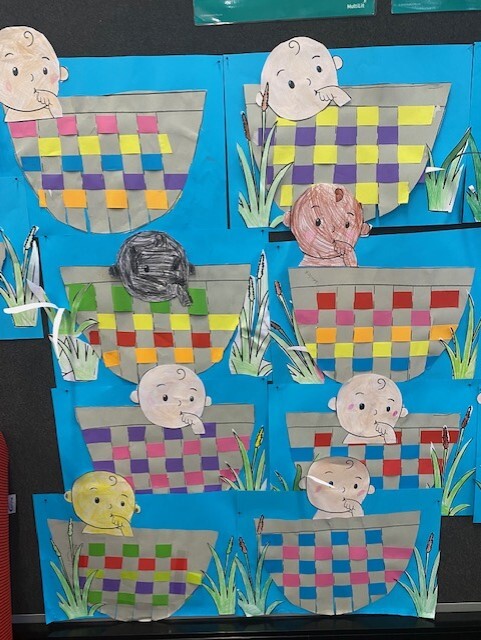 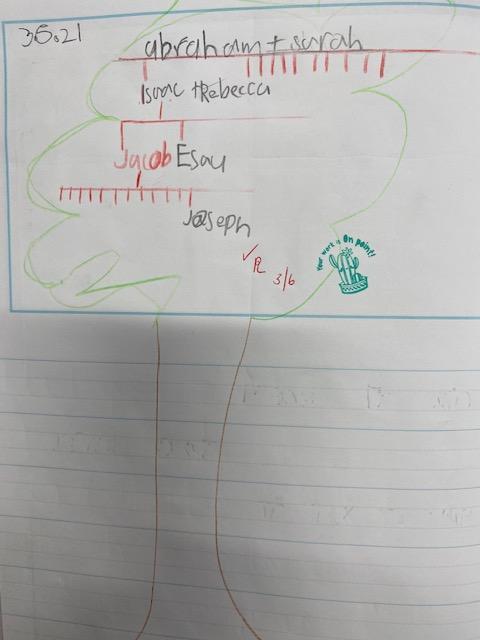 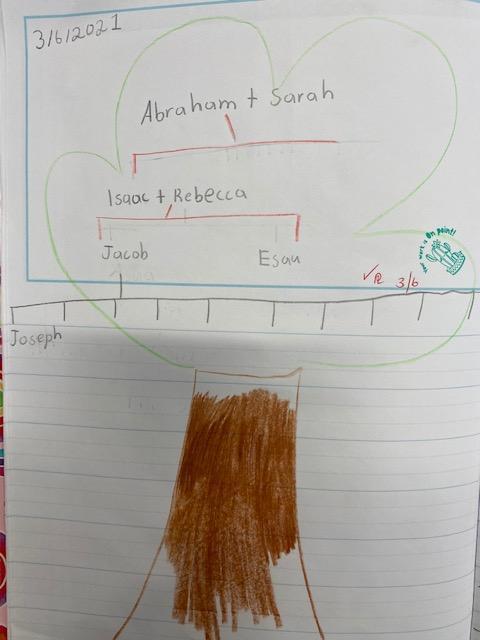 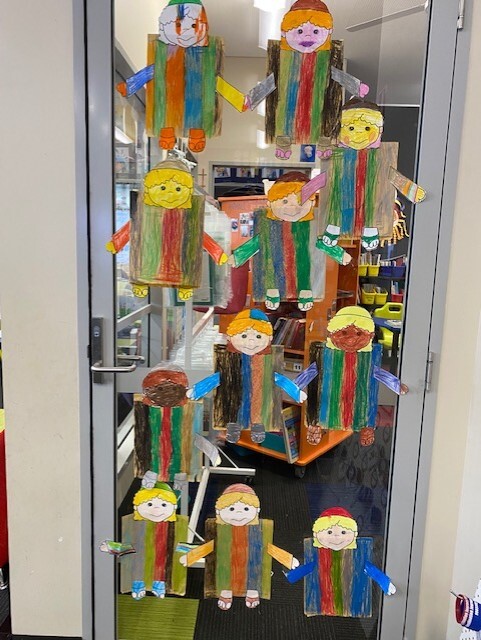 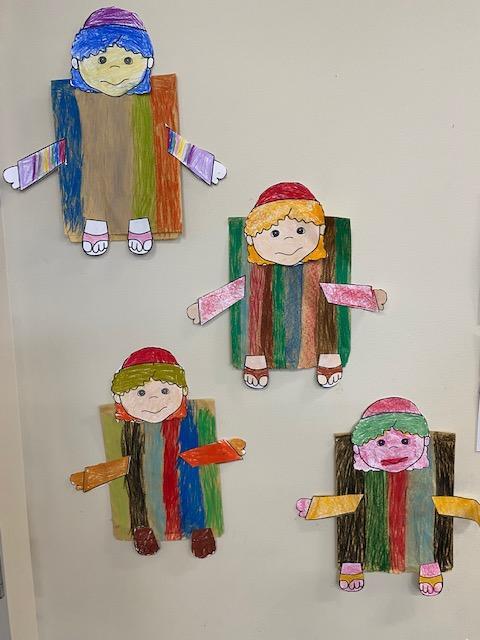 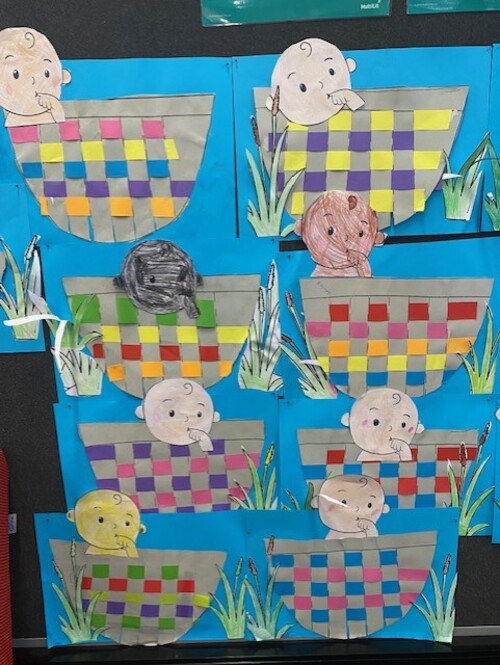 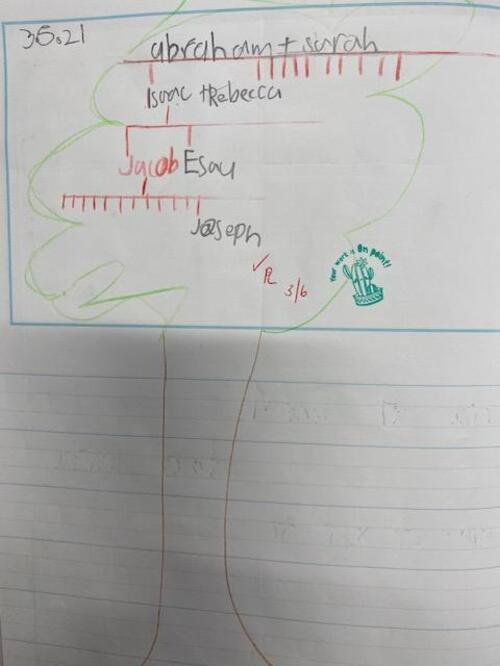 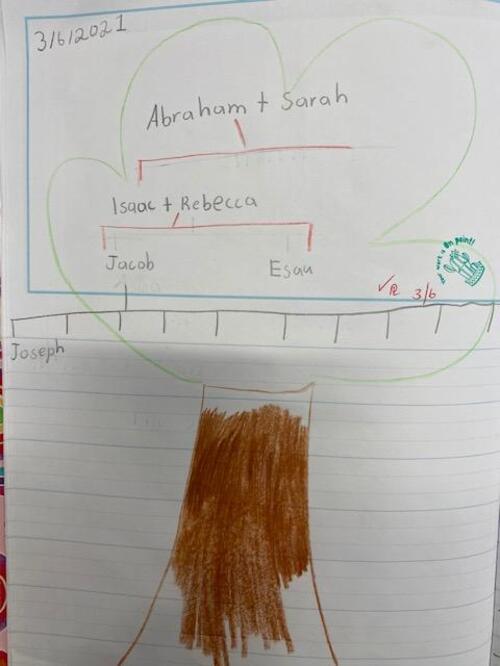 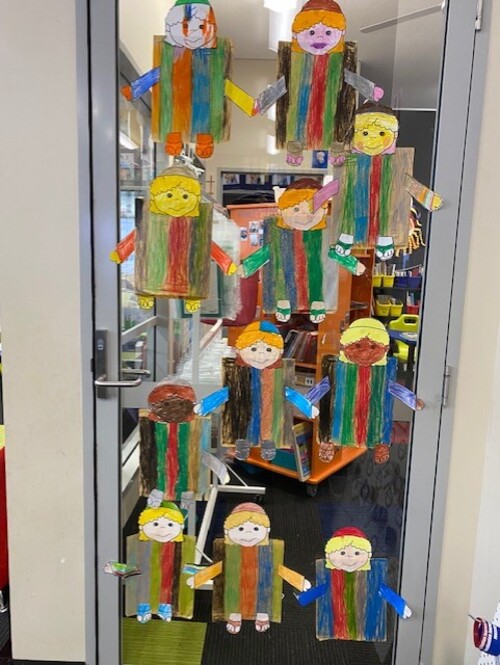 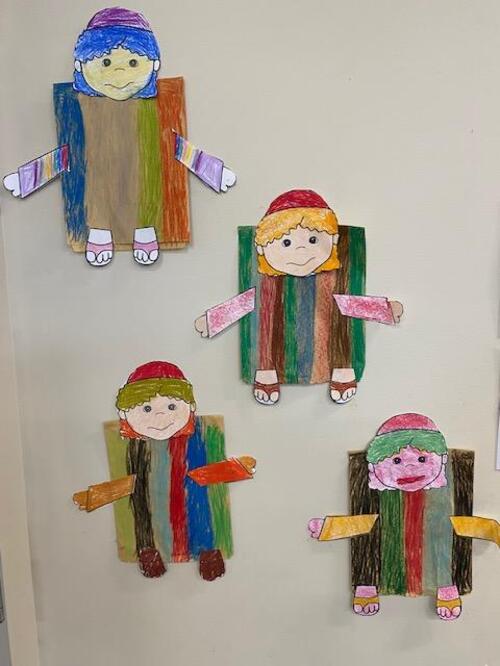 Thought of the Week 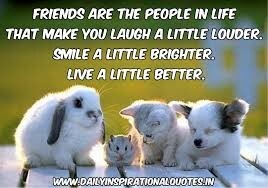 Wishing everybody a wonderful long weekend.

Just a reminder that the Public Speaking Competition starts on Monday 21st June at 9.30am in the Yr 5/6 learning space for Years 3-6 students. All parents, carers and special friends are encouraged to attend.

These speeches will be judged by class teachers and 4 students from each year will be selected to present their speech again at the Trinity Public Speaking Championships on Wednesday 23rd June at 9.30am. All parents, carers and special friends are most welcome to attend.

The 2021 Public Speaking Competition dates are:

If you have any questions or concerns, please contact Miss Wade on donna.wade@cg.catholic.edu.au or through the school office.

Encourage your child to follow through with strategies they have discussed and planned to use. It is important to then help them evaluate if this has worked or if they need to try a different strategy. 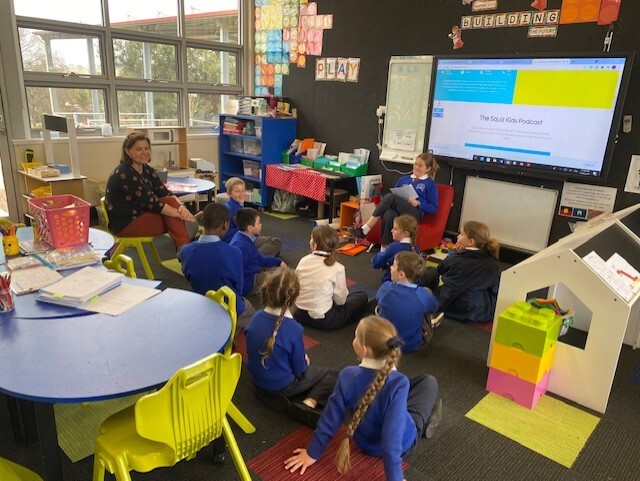 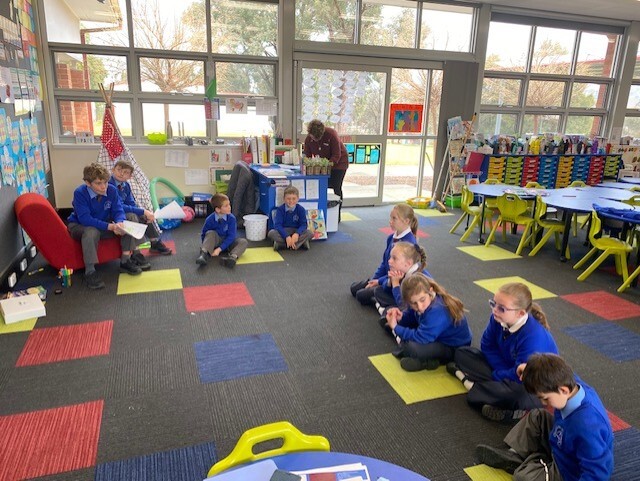 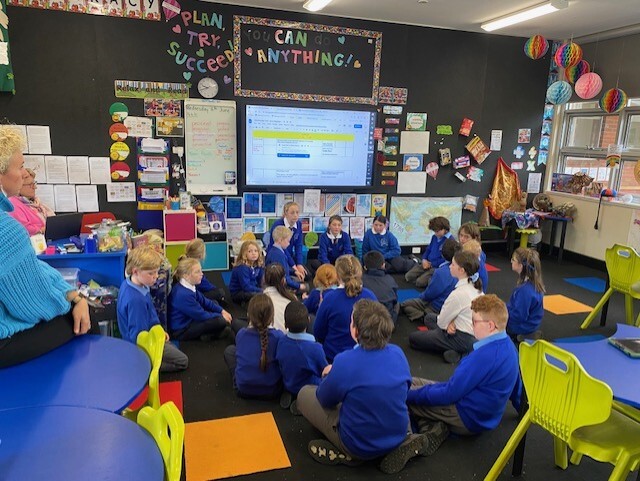 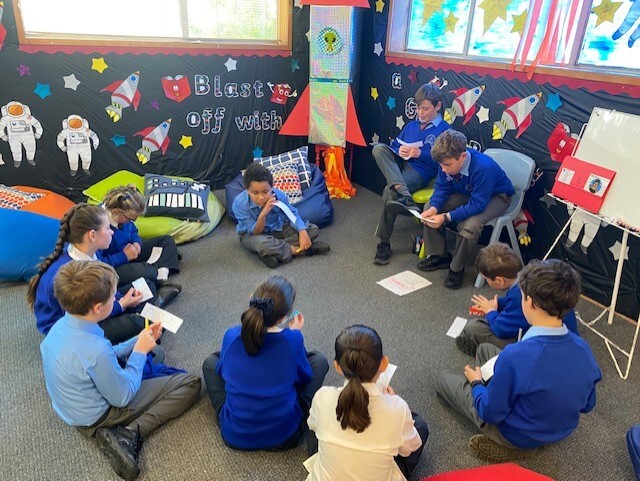 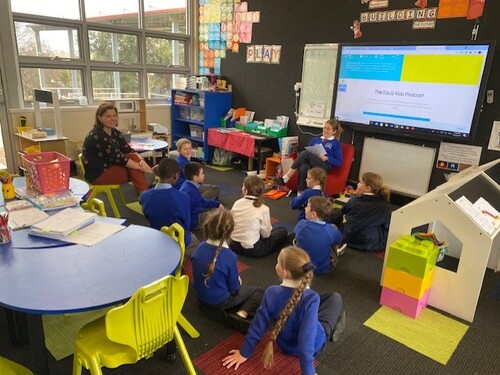 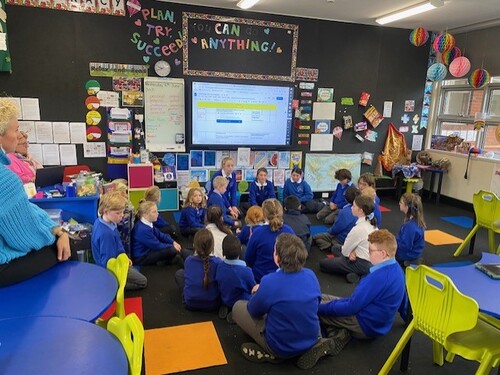 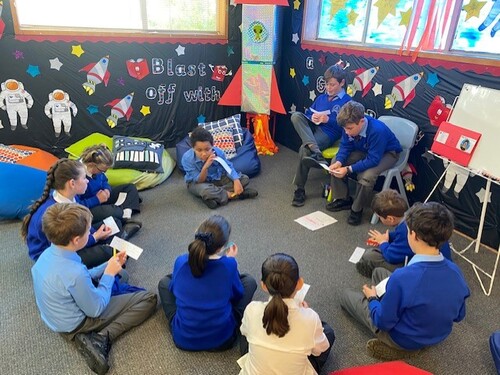 Year 3/4 presented their Open House in the form of a Squiz Kids episode. Trinity students were surprised by special guest, Bryce Corbett, voice of Squiz Kids, who dropped in via Zoom to say hello.

Congratulations to Riley Jackson who was selected at the Canberra Goulburn Rugby Trials a couple of weeks ago to compete in the MacKillop Trials in Forbes on Sunday and Monday. Over 200 young rugby union players from all over NSW will converge for these selection trials. Trinity wish you all the best!

Next term Trinity students from K-6 will participate in Tennis Skills and Drills in a 5 week block of ‘Whole School Sport’ commencing on Monday 26th July. Further information and permission notes will be sent home to parents in Week One of Term 3.

Please click here for an information sheet on how to register.

Thank you for your support of sport at Trinity.

Thank you for your continued support of sport at Trinity. Trinity school community staff and friends would like to wish the following people a wonderful birthday. 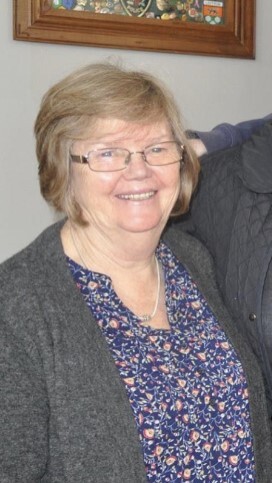 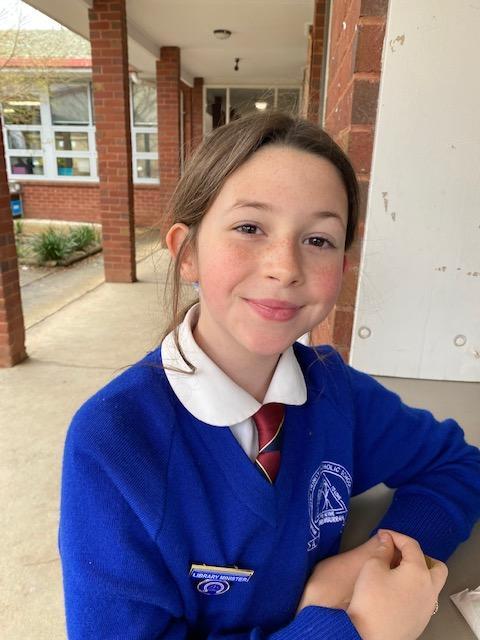 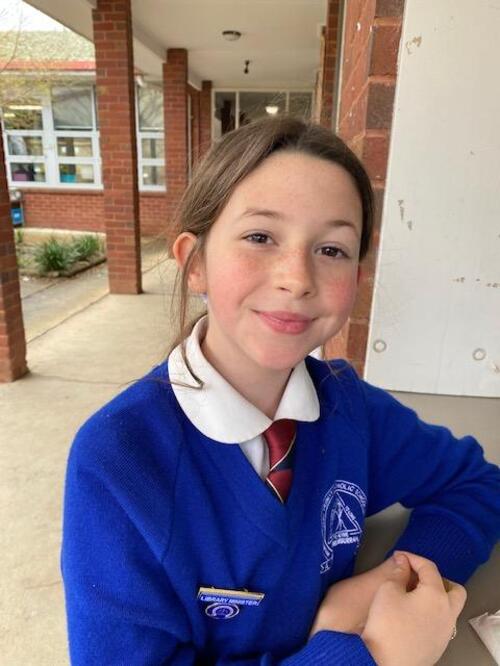 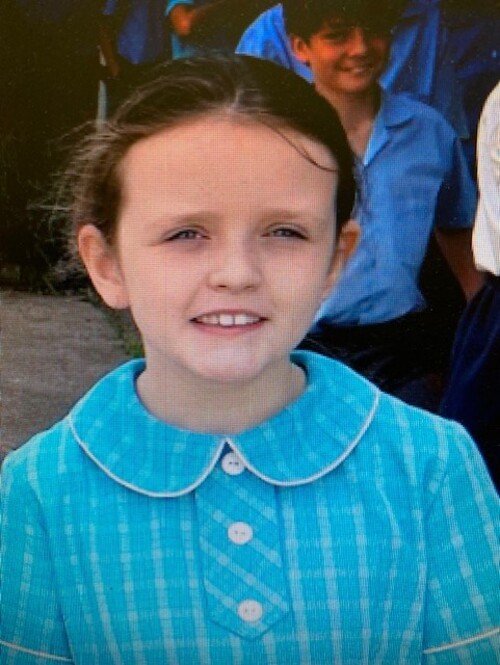 The NRL will be running a Holiday Clinic during the up-coming School Holidays! Holiday Clinics are non-contact and appeal to the true nature of kids in all their messy, high energy, love of fun and play. The program will be held on Friday 2nd of July at Boorowa Showground between 10am – 1pm.

Costs of the program is $49 per participant, with Holiday Clinic participants receiving a NRL pack which includes a drawstring bag, cap & football. Packs will be delivered to participants address once they register. 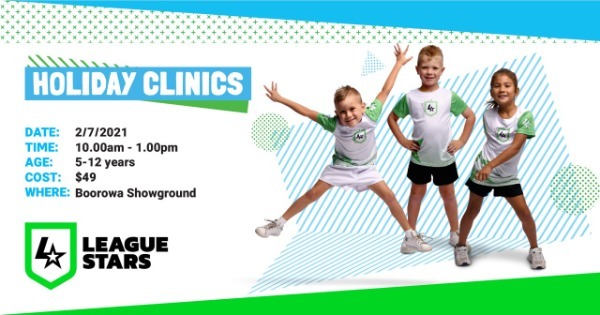